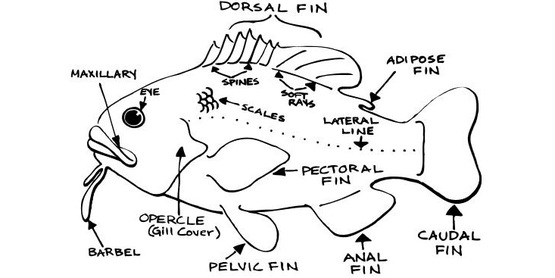 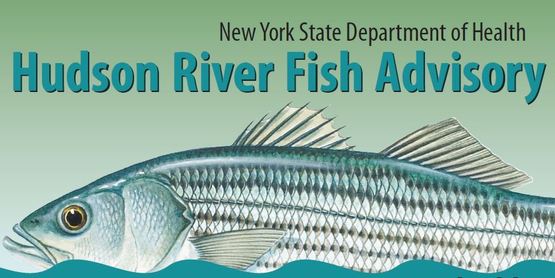 Why We Have Advisories

Fishing is fun, and fish are an important part of a healthy diet. Fish contain high quality protein, essential nutrients, healthy fish oils, and are low in saturated fat. However, some fish contain chemicals at levels that may be harmful to health. To help people make healthier choices about which fish to eat, the New York State Department of Health (NYS DOH) issues advice about eating sportfish (the fish you catch).

Some fresh waters and marine waters (near New York City) are impacted by human activities and local or distant contamination sources. The fish from these waters are more likely to be contaminated than fish from other waters. People who eat the fish they catch, or get locally caught fish from others, often eat fish from a limited number of favorite fishing waters or locations. When those favorite waters/locations contain fish with higher contaminant levels, the people who eat them may have higher contaminant exposures. In general, fish from the market or a restaurant come from a wider variety of locations, including waters with less contaminated fish.

NYS DOH also issues advice about game, such as snapping turtles and wild waterfowl. Game may also contain chemicals at levels of concern.

Health Risks from Contaminants in Fish and Game

The primary contaminants of concern in New York State fish and game have been mercury and polychlorinated biphenyls (PCBs). Other contaminants such as cadmium, chlordane, DDT, dieldrin, dioxin, mirex, and per- and polyfluoroalkyl substances (PFAS, previously known as perfluorinated chemicals or PFCs) are also concerns in fish from some of the State's waterbodies. These contaminants build up in your body as you continue to eat these fish and game over time. Health problems that may result from exposure to these contaminants range from small changes in health that are hard to detect to birth defects, reproductive and developmental effects, and cancer. For more detailed information about contaminants in fish and game please visit About Chemicals & Bacteria in Fish.

Women who eat highly contaminated fish and game and become pregnant may have an increased risk of having children who are slower to develop and learn. Some contaminants may be passed on to infants in mother’s milk. Exposure to contaminants may also have a greater effect on young children than adults.

People can get the health benefits of eating fish and reduce their exposures to contaminants by following the NYS DOH advice. The advisories tell people which fish to avoid eating, and how to prepare and cook fish to reduce their exposures to contaminants in the fish they do eat. Women of childbearing age (under 50) and children under 15 are advised to limit the kinds of sportfish they eat and how often they eat them. Women beyond their childbearing years (over 50) and men may face fewer health risks from some chemicals. For that reason, the advice for women over age 50 and men over age 15 allows them to eat more kinds of sportfish and more often.

New York is a water-rich state: 2.6 million acres of water in Lakes Erie, Ontario, and Champlain; approximately 0.75 million acres in more than 4,000 smaller lakes; 70,000 miles of streams and rivers in 15 major watersheds; 150 tidal miles of the Hudson River estuary; and 1.1 million acres of marine waters extending three miles from shore. Many species of fish in these waters are sought by anglers.

In New York State, fish and game advisories are primarily based on information that the NYS Department of Environmental Conservation (NYS DEC) gathers on contaminant levels in fish and game. NYS DEC collects fish samples each year from different waterbodies. It varies from year to year, but NYS DEC annually collects and analyzes contaminants in about 1,500 fish from more than 50 locations/waters. Sampling focuses on waterbodies with known or suspected contamination, waterbodies susceptible to mercury contamination, popular fishing waters, and waters where trends in fish contamination are being monitored. Also, testing focuses on those species that are most likely to be caught and eaten by sport anglers. NYS DEC also tests some game species (e.g., waterfowl and snapping turtles) that accumulate chemical contaminants. NYS DOH reviews the NYS DEC testing results for fish and game to determine if an advisory should be issued or revised for a given waterbody, or for a particular species of fish or game. See Fish and Game Advisory Derivation below for more details.

To reduce exposure to contaminants, and help anglers and hunters choose which fish and game to keep for food, NYS DOH has the following types of health advice:

The general health advisory for sportfish consumption is that people can eat up to four, one-half pound meals a month of fish (which should be spaced out to about a meal a week) from New York State fresh waters and some marine waters near the mouth of the Hudson River. If there is no specific advice for a waterbody, NYS DOH recommends following this general advice because:

For some waterbodies in New York, NYS DOH issues advice that is more restrictive (i.e., eat up to one meal per month or don’t eat) than the general advice (eat up to four meals per month) for men over 15 and for women over age 50 because contaminant levels in some fish are higher. Waters that have specific advisories have at least one species of fish with an elevated contaminant level, which means that other fish species may also be affected. In nearly all cases, if a waterbody has any specific advice, NYS DOH, to be more protective, has advised that women under age 50 and children under age 15 should not eat any fish from that waterbody. The specific advice for a waterbody also applies to tributaries and connected waters if there are no dams, falls, or other barriers to stop the fish from moving upstream or downstream. This is because chemicals remain in fish when they move from one waterbody or location to another.

The information on our website (www.health.ny.gov/fish) will help you find which waterbodies in New York State have specific advisories, where they are located, and what that specific advice is. Our website also lists public access waters with the general advice; where the whole family can eat up to four meals per month.

Regional advisories are issued because of regional patterns for a specific contaminant across the state (i.e., mercury) for several species that can be reasonably anticipated to apply to most or all waters in the region including those that have not been sampled. NYS DEC data indicate that certain fish from Adirondack and Catskill region waters often have mercury levels approaching or exceeding levels of concern, generally higher than mercury levels in the same species from other regions in the State. With the regional advisories, NYS DOH seeks to simplify the advisory message and issue protective advice for those at greatest risk, reducing the need for waterbody-specific advice. The regional advisories also provide women under age 50 and children under age 15 opportunities to eat some fish from Adirondack and Catskill waters by providing a list of less-contaminated species.

Game may also contain contaminants at levels of concern. NYS DOH issues advice about choosing and preparing game to eat, such as snapping turtles and wild waterfowl. For more information about eating game please visit Advice on Eating Game. 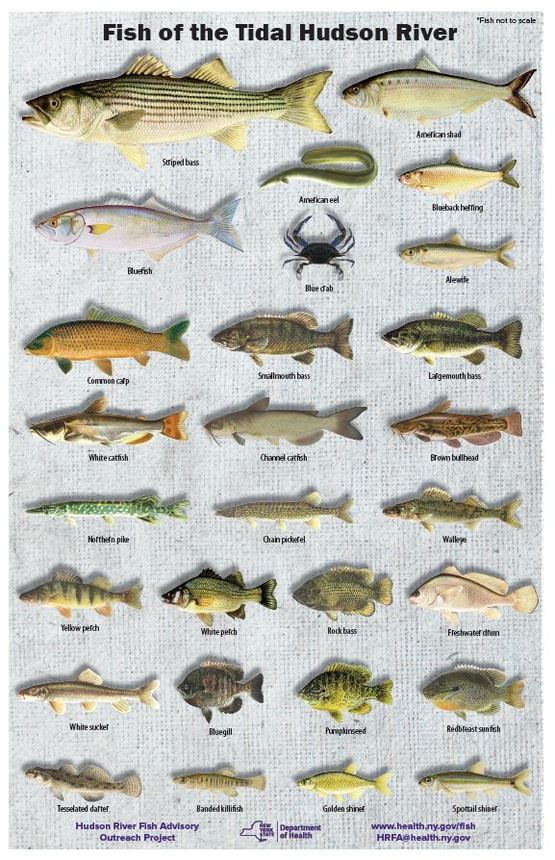