While these are only three cases, it is anticipated that there will be many more. The states with wild bird positives (297 cases) now include Maine, New Hampshire, Connecticut, Delaware, New Jersey, Virginia, North Carolina, Georgia, Florida, Kentucky, and Alabama. Cases will increase across the northeast as wild waterfowl migrate northward in the coming months. Commercial flocks in Delaware, Indiana, and Kentucky have been affected, as have backyard flocks in Virginia, Maine, New York, and Michigan. We are asking our poultry producers to keep eye out for suddenly high mortality and to be prepared to report any suspicious whole flock illness.

What is Avian Influenza (AI)?

Avian Influenza is a highly contagious poultry virus that has the potential to cause large financial losses to the U.S. poultry industry. A highly pathogenic strain (HPAI), H5N1, last hit the U.S. in 2014-2015 and was considered the nation’s largest animal health emergency. Over 200 cases of the disease were found in commercial flocks, backyard flocks, and wild birds. More than 50 million birds were affected and subsequently died or were euthanized on more than 200 farms in 15 states.

Where does it come from?

Waterfowl, both wild and domestic, act as carriers. Since the outbreak of 2014-2015, scientists have been monitoring wild bird populations, and waterfowl hunters send their harvested birds in for testing. Wild waterfowl regularly carry low-pathogenic strains of the virus, but it can easily mutate to a highly pathogenic strain, as we’ve seen this year.

If it’s been mainly identified in wild birds, and it’s not yet in NYS, why should I be concerned?

Wild birds follow one of four migratory routes. NYS is located in the Atlantic Flyway, which includes the states with current HPAI findings. It is anticipated that as birds migrate north in the spring, we’ll continue to see the cases in wild birds move with them. It also means that there is an increased potential for the virus to establish in poultry flocks along this route.

How does it spread?

HPAI lives in the respiratory and/or intestinal tract of birds. It can be picked up from contact with infected feces, surfaces, or through the air, though aerial transmission from farm to farm is unlikely. It can be transported on infected feed, clothing, or equipment. Once on the farm, the disease is readily passed from bird to bird, infecting an entire flock quickly.

Which flocks are affected?

Flocks of any size, from backyard to commercial, and any species can be affected.

Any birds can be affected, but birds other than waterfowl react most strongly to the virus. Poultry infected with HPAI may show one or more of the following symptoms:

A high level of mortality without any clinical signs is known to be a hallmark of the virus. In some cases, expect 100% of the flock to die within a few days. Regardless of how the disease presents, a large portion of the birds in a flock will be affected. Waterfowl may carry the virus but not show symptoms.

What do I do if I think I have HPAI in my flock?

Report it! If your birds are sick or dying, it's important to report it immediately so that we can stop the spread to any other flocks. You can call:

What can I do to manage it?

Because there is not a vaccine currently available in the U.S. for this disease, keeping it out through biosecurity is going to be the best course of action. The easy-to-follow biosecurity principles below can go a long way to keeping your birds safe from disease:

This article was last updated on March 2, 2022. Media requests can be directed to ccecommunications@cornell.edu.

Contributed by CCE Livestock Specialist Amy Barkley. Additional information can be found in this fact sheet from the Cornell University College of Veterinary Medicine and on the USDA website. If you have any questions about this disease, please contact Amy Barkley at (716) 640-0844 or amb544@cornell.edu. The information used to create this article is shared by the United States Department of Agriculture – Animal Plant Health Inspection Service (USDA-APHIS).

New York Extension Disaster Education Network (NY EDEN) is a collaborative educational network based at Cornell University and dedicated to educating New York residents about preventing, preparing for and recovering from emergencies and disasters. NY EDEN is working with New York State Agriculture and Markets to provide resources and updates to poultry producers. 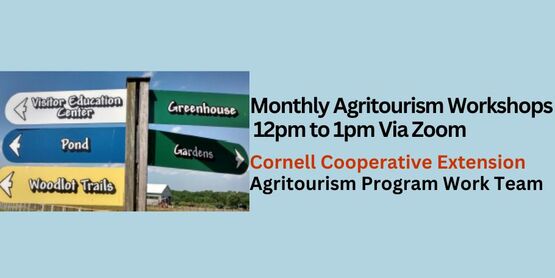